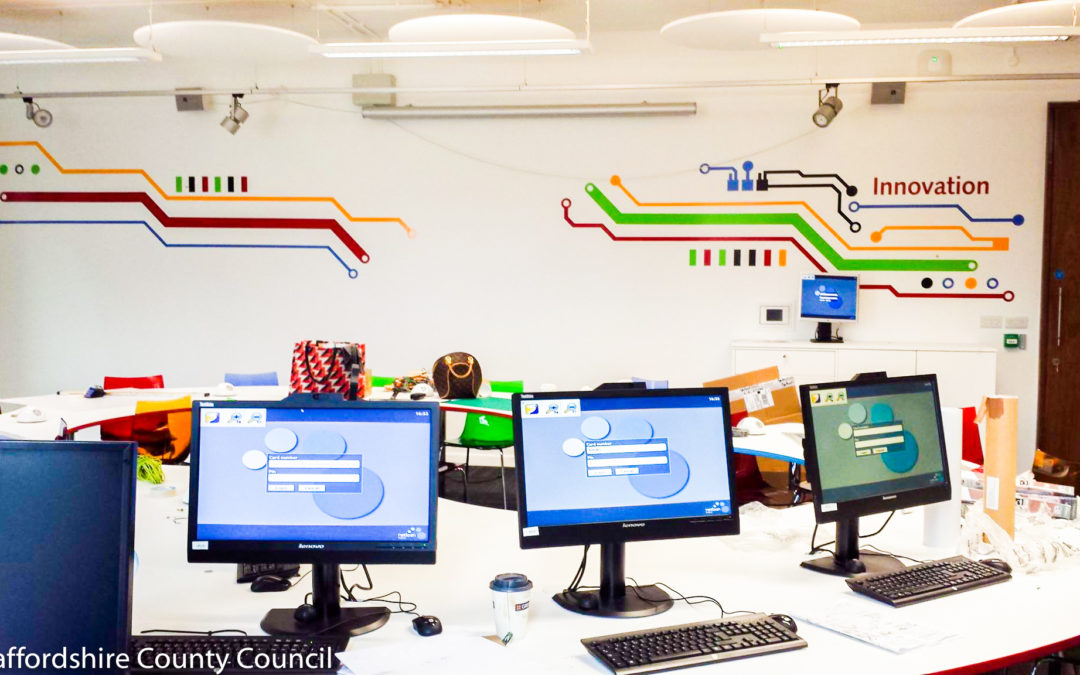 A member of the Haywyre team, Natasha Allsopp is starting a new Code Club in Stafford.

Learning to code at an early age is so important now we’re in the digital age. Haywyre has recently become a supporter of a scheme which aims to introduce coding into schools and community groups. This will greatly benefit the industry and the young peoples’ career prospects. As the current generation leave school they will already be living and breathing development in one way or another, meaning the possibilities for the future of computing will be endless.

Children use technology everyday inside and outside of the school environment. Whether they use this technology to do history homework, IT classes or play games, it is important that they learn how it works and how to build it.

At Code Club they learn more than just how to code, they also learn how to solve problems, logical thinking, discovering solutions and working as a team plus the all-important development of presentation skills.

For example, the first session is designed to teach the children about basic algorithms. Algorithms are a set of instructions that a computer can read and output what it is told to do. The idea of the session is to highlight to the children that computers are unable to think for themselves so have to be told every step in the correct order to achieve the expected output. This session is run without even touching a computer; instead it is an interactive session where the group has to work together to make the computer make a cup of tea, sounds simple? Did you remember to tell the computer how much milk to pour in or which way round the cup should be? I bet you didn’t.

At Code Club we intend to introduce children to new hobbies, interests and maybe even a desired career path they never even knew existed.

The Code Club will be run and lead by Natasha with a couple of enthusiastic volunteers by her side every Thursday between 16:30 and 17:30 starting early October 2015 at Stafford Library.